This new Project of FSA was declared of “Cultural Interest” by the Ministry of Culture of the city of Buenos Aires under the existing Law for Patronage Funding. 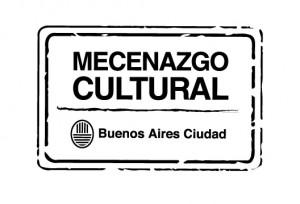 FSA’s Theatre Company aims to encourage practitioners and train professional actors to perform Shakespeare in a way that actors, artistic directors and other stage team members have the chance to work through a Shakespeare Play. On th other hand the FSA pretends to create and widen audiences for Shakespeare’s Plays among people not used either to go to the theatre nor to Classics, bringing Shakespeare’s richness, experience and a moral and civic consciousness together with a deeper appreciation of the beauty in the poetry and contents in Shakespeare’s works.

This theatre Co. will pay special attention into adaptation and performance as well as translation to Argentine Spanish. The FSA Theatre Company has appointed Jorge Azurmendi Artistic Director and COMO LES GUSTE ( As You Like It) as its first production.

Como Les Guste (As You Like It) was sponsored by the FSA in 2014 and its opening show took place on the night of April 23rd. 2014 celebrating Shakespeare’s 450th. Anniversary.

Was distinguished with several nominations an prizes in the local scenes and praised for adaptation, direction and acting performance from local critics.