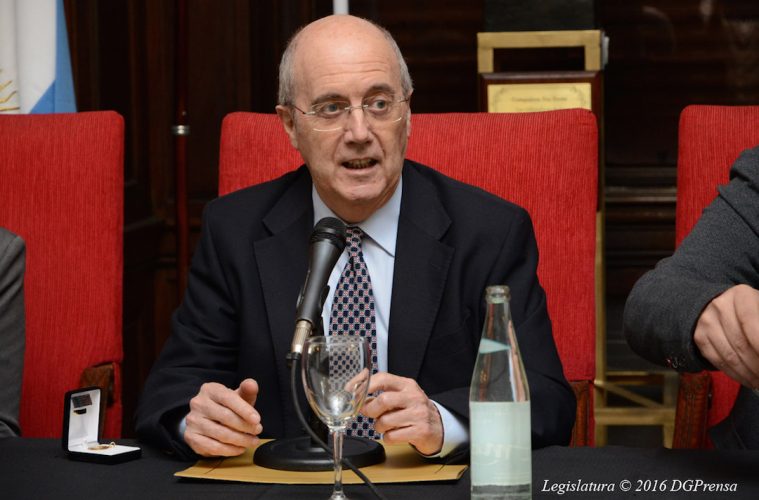 Dr. Pujante, Spanish Shakespeare expert and a member of our International Consulting Board, was invited through our initiative—with the sponsorship of the Spanish Cultural Center in Buenos Aires and the support of the Spanish Ministry of Education and Culture—to participate in our homage to Shakespeare on the 400th anniversary of his death. We are overjoyed and incredibly proud that Dr. Pujante received such an illustrious distinction in Argentina. 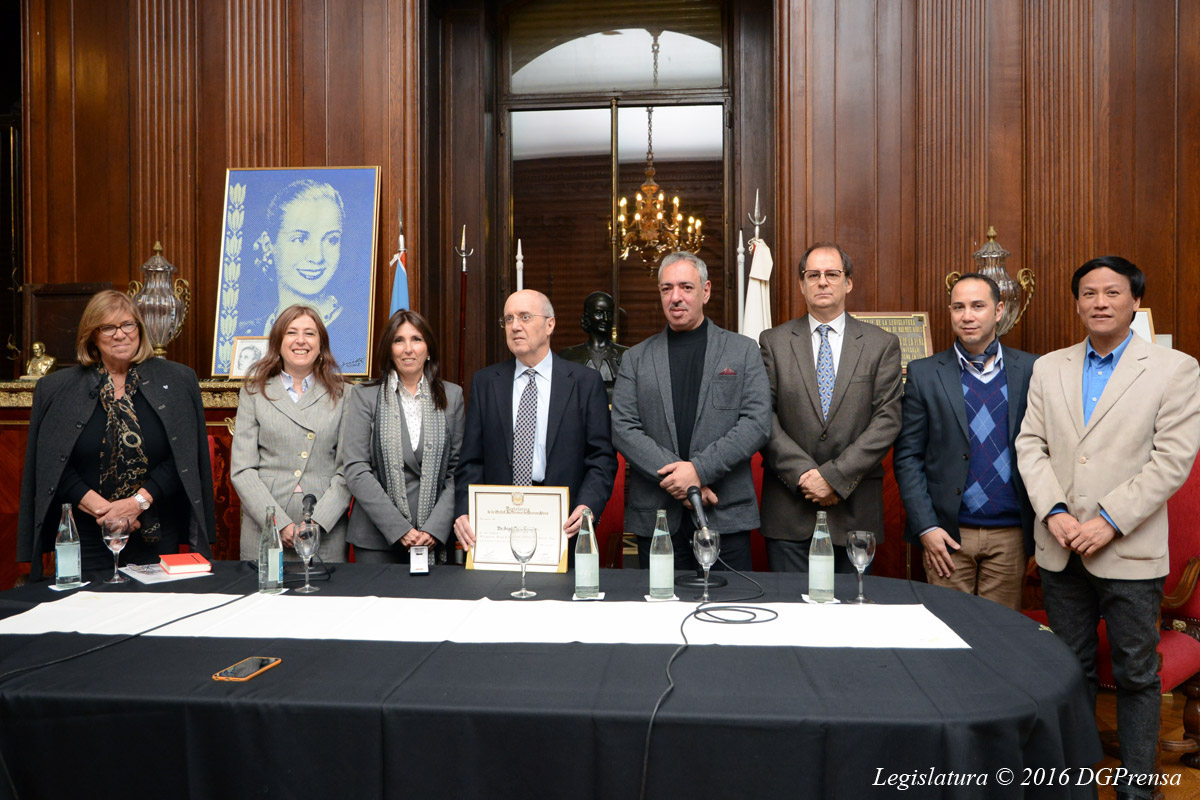 Dr. Pujante received the distinction from the President of the Cultural Commission of Buenos Aires’ City Council. (Above) Dr. Omar Abboud (City Council representative) with other representatives from Buenos Aires, and the Directors of the Fundación Shakespeare Argentina.

Dr. Pujante has published prolifically about Shakespeare and his era, including Realismo y Ciencia-ficción en la obra de John Wyndham (1980) and El manuscrito shakespeariano de Manuel Herrera Bustamante (2001). His translations of Shakespeare’s work are also included in the prestigious Austral-Espasa collection and the Three-volume, Espasa Clásicos edition of Complete Works of William Shakespeare (2010-2015). Furthermore, he has directed conferences at many universities and institutions in Spain, England, Portugal, Italy, Mexico, Luxembourg, Romania, and Argentina.

In 1998, he was honored with the National Award for best translation for his Spanish version of The Tempest. Currently, he focuses on the attitudes towards Shakespeare in Spain and Europe. From 2000 to 2008, he developed a project focused on Shakespearean studies in Spain and the larger European context, which was subsidized by the Ministry of Education. Though the project is currently headed by Keith Gregor, Dr. Pujante continues to be an active participant. Furthermore, he is the Honorary President of the ESRA European Shakespeare Research Association.

The FSA would like to thank the Buenos Aires City Council and congratulate Dr. Pujante for this well-deserved recognition. 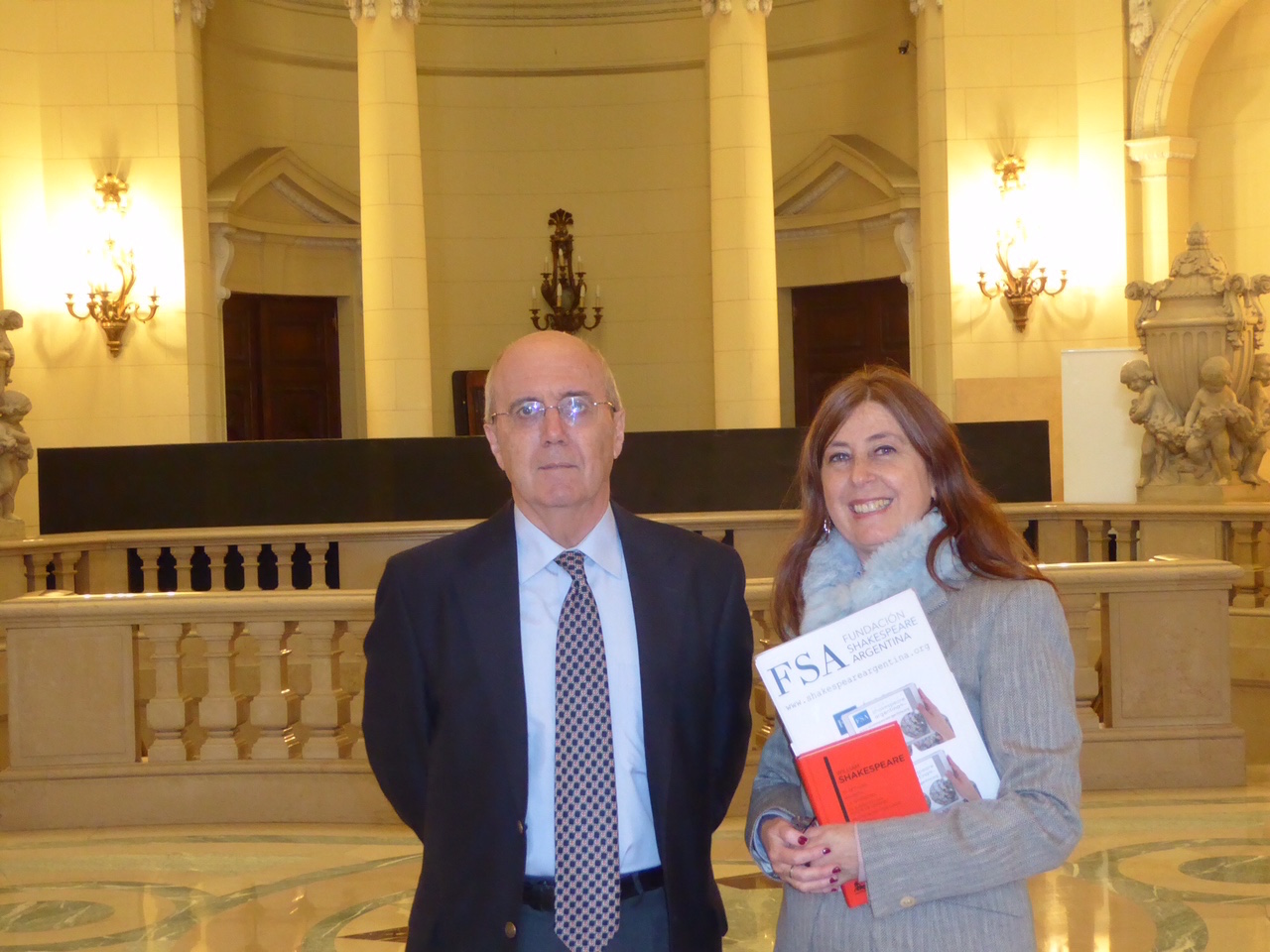 Dr. Pujante with the President of the Fundación Shakespeare Argentina in the Buenos Aires City Cuncil Chamber after he was declared an official Guest of Honor of the City of Buenos Aires.