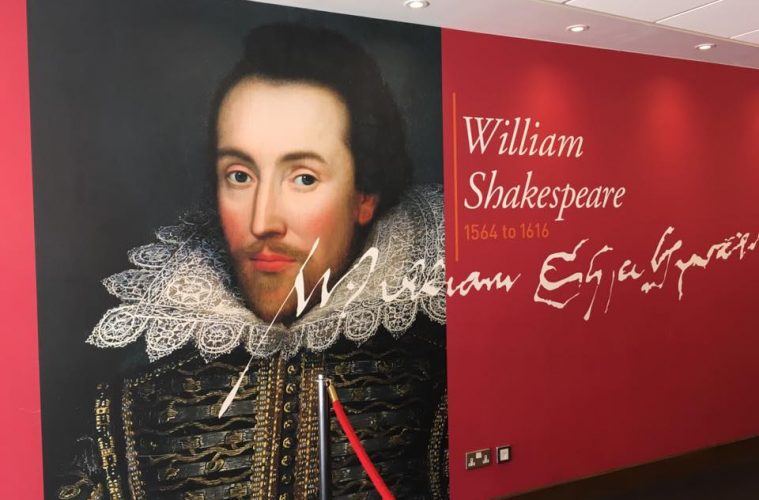 FSA at the World Shakespeare Congress 2016

Fundación Shakespeare Argentina (FSA) is very proud to have participated at the X World Shakespeare Congress ‘Creating and Re-Creating Shakespeare’ organised by the International Shakespeare Association (ISA) which took place between July 31st and August 6th, 2016 in Stratford-upon-Avon and in London (UK).

The 2016 World Shakespeare Congress – four hundred years after the playwright’s death – celebrated Shakespeare’s memory and the global cultural legacy of his works. Uniquely, ambitiously, fittingly, this quatercentenary World Congress was based in not just one but two locations: in Shakespeare’s birthplace, and final resting-place, Stratford-upon-Avon; and in the city where he made his name and where his genius flourished—London.

The 2016 hosts – in Stratford, the Royal Shakespeare Company, the Shakespeare Birthplace Trust, and the University of Birmingham’s Shakespeare Institute; in London, Shakespeare’s Globe and the London Shakespeare Centre, King’s College London – looked forward to welcoming delegates from around the world to share in a range of cultural and intellectual opportunities in the places where Shakespeare was born, acted, wrote and died.

Read the articles from BBC and from  The Guardian

The Directors of FSA, Mercedes de la Torre and Carlos Drocchi, participated in a interesting Seminar called “Transcultural Shakespeare: translation, performance and adaptation” and they talked about Shakespeare in Argentina.

More information on the prestigious institutions:

The London Shakespeare Centre at King’s College London is devoted to research, learning and teaching in Shakespeare in particular and early modern English literary studies in general. In respect of Shakespeare we have particular strengths in textual studies, reception studies and performance studies, but we are equally passionate about early modern drama in general and about sixteenth- and seventeenth-century poetry and poetic form and about early modern women’s writing. The Centre builds on our external partnerships, notably those at Master’s level and beyond with Shakespeare’s Globe and the British Library, and with the other twenty-three partners who form the Shakespeare400 consortium, celebrating the Shakespeare Quatercentenary in 2016.

King’s College London is one of the top 20 universities in the world (2015/16 QS World University Rankings) and among the oldest in England. King’s has more than 26,500 students (of whom nearly 10,400 are graduate students) from some 150 countries worldwide, and nearly 6,900 staff. The university is in the second phase of a £1 billion redevelopment programme which is transforming its estate. For more information on King’s read our ‘King’s in Brief’pages.

The Shakespeare Institute is an internationally renowned research institution established in 1951 to push the boundaries of knowledge about Shakespeare studies and Renaissance drama. We offer a unique academic experience, providing an opportunity to study just minutes away from Shakespeare’s birthplace, school and grave, and the theatres of the Royal Shakespeare Company.The Institute is situated at Mason Croft in Stratford and was the former home of the novelist Marie Corellli. A purpose built library sits within the grounds of the Institute and contains around 60,000 volumes (including 3,000 early printed and rare books), archives and manuscripts, and audio-visual collections. www.birmingham.ac.uk/shakespeare.

The University of Birmingham was named University of the Year for Graduate Employment 2016 and University of the Year 2013/14 in The Times and The Sunday Times. It is ranked among the world’s top 100 institutions. Its work brings people from across the world to Birmingham, including researchers and teachers and more than 4,000 international students from nearly 150 countries. The University collaborates with partners across the world to produce ground-breaking research, deliver innovative teaching, and to create opportunities for students and staff to gain international experience.

Shakespeare’s Globe is a unique international resource dedicated to the exploration of Shakespeare’s work and the playhouses for which he wrote, through the connected means of performance and education. Together, the Globe Theatre, Globe Exhibition & Tour and Globe Education seek to further the experience and international understanding of Shakespeare in performance. Globe Education is the dedicated education department at Shakespeare’s Globe. Established in 1989 by Patrick Spottiswoode, Director, it is today one of the most respected and largest arts education departments in the country, presenting a year-round programme of workshops, lectures, events and family theatre, UK and international outreach projects for schools and learning groups, Higher Education courses, pioneering digital resources and original research led by in-house academics. For more information, visit shakespearesglobe.com/education. The Shakespeare Globe Trust is a registered charity No. 266916. Shakespeare’s Globe receives no regular public subsidy. Visit: http://www.shakespearesglobe.com/education

The Royal Shakespeare Company creates theatre at its best, made in Stratford-upon-Avon and shared around the world. Everyone at the RSC – from actors to armourers, musicians to technicians – plays a part in creating the world you see on stage. We encourage everyone to enjoy a lifelong relationship with Shakespeare and live theatre and through our Education work transform experiences of Shakespeare for children and young people. Our approach is rooted in a 130 year history of making theatre in Stratford-upon-Avon and sharing that wealth of skills and knowledge with teachers and students all over the world. We work in over 14 countries world-wide and with around 530,000 young people every year. www.rsc.org.uk/education

The Shakespeare Birthplace Trust is the independent charity that cares for the world’s greatest Shakespeare heritage sites in Stratford-upon-Avon, and promotes the enjoyment and understanding of Shakespeare’s works, life and times all over the world. Established by Act of Parliament in 1847, the charity runs formal and informal educational programmes for people of all ages. It holds the world’s largest Shakespeare-related museum and archives open free to the public, a collection which is designated as being of international importance. The Trust is also headquarters of the International Shakespeare Association (ISA). The Shakespeare Birthplace Trust is a registered charity (No.209302) and receives no public subsidy or direct revenue funding; it depends on income generated through the support of visitors, donors, volunteers and Friends. For more information, visit www.shakespeare.org.uk