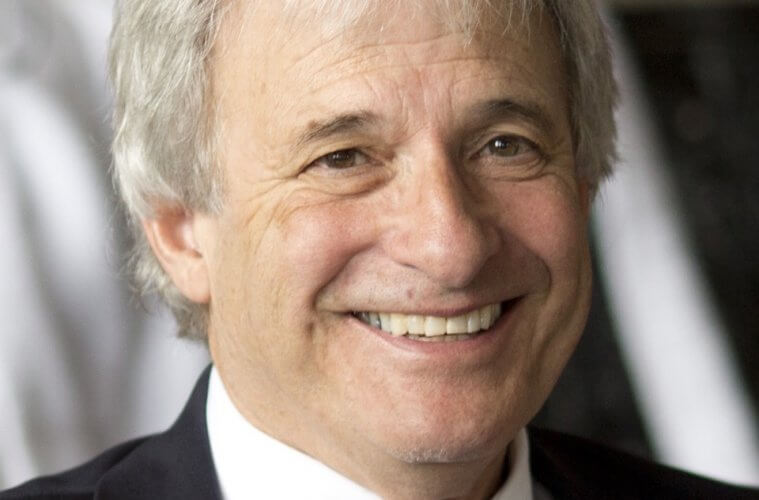 Celebrating Shakespeare´s Birthday in 2017, FSA is honored to have hosted Dr. Ralph Alan Cohen at the National Library on Monday April 24th at 7 pm 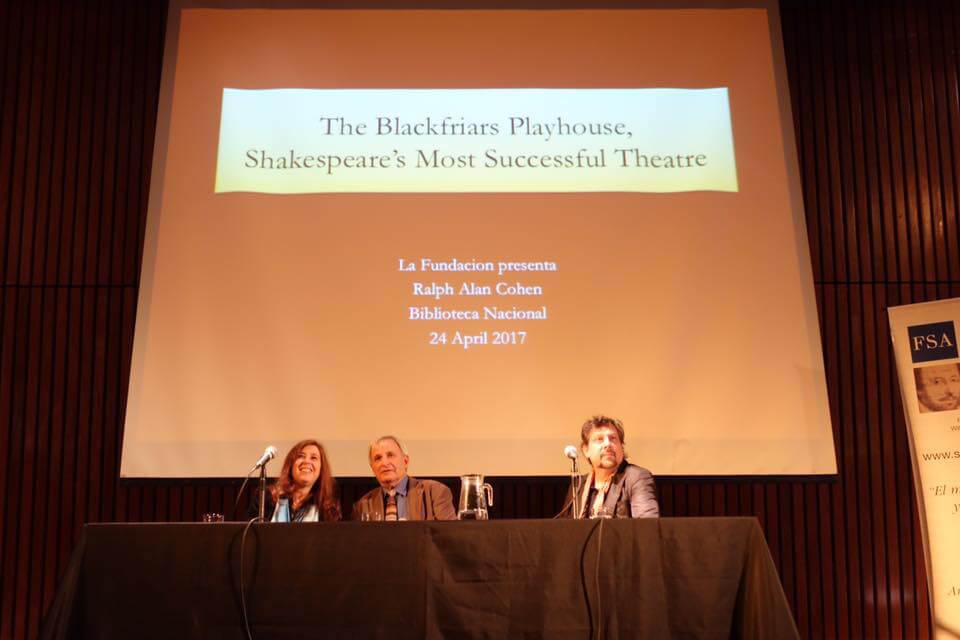 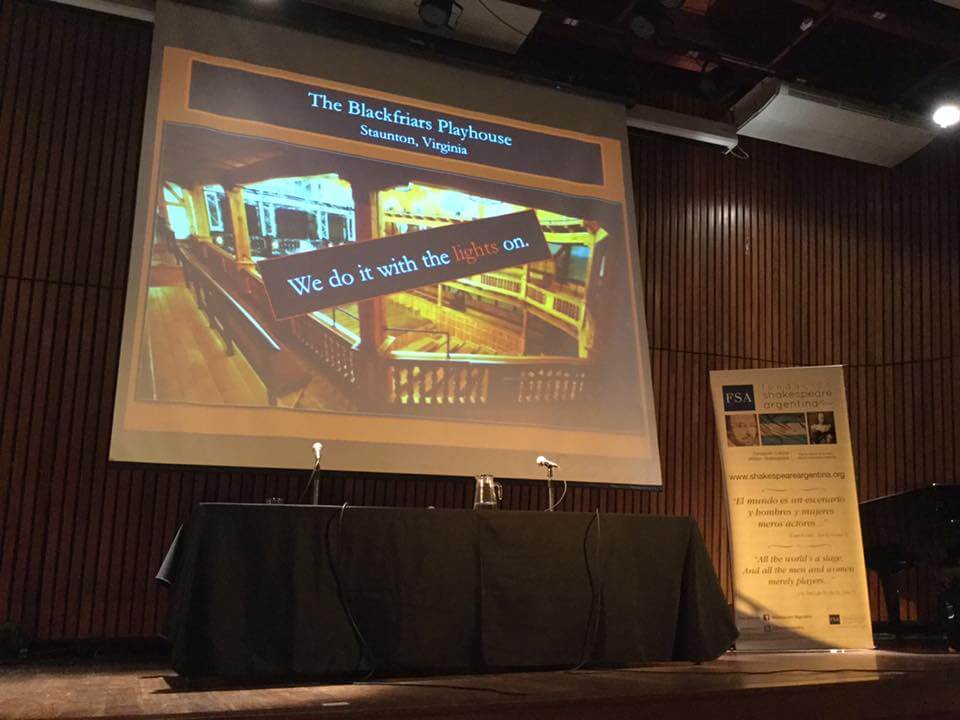 FSA thanks Dr. Cohen for a wonderful and unforgettable evening together with the cheerful audience that joined us at the “Jorge Luis Borges Auditorium” of the Biblioteca Nacional.

Listen the brilliant interview of Ray Day to Dr. Ralph Alan Cohen at the radio show “The Typical Mistake”

Ralph Alan Cohen is Co-Founding Executive Director at the American Shakespeare Center and Gonder Professor of Shakespeare at Mary Baldwin University, where he founded the graduate program in Shakespeare and Performance.

He was project director for the building of the Blackfriars Playhouse in Staunton Virginia, which, since its completion in 2001, has staged more productions of works by Shakespeare and his contemporaries than any professional theatre in the world. He has himself directed 35 productions of plays by Shakespeare and his contemporaries, including America’s first professional production of Francis Beaumont’s The Knight of the Burning Pestle and the revival of Thomas Middleton’s Your Five Gallants, which he also edited for The Collected Works of Thomas Middleton. 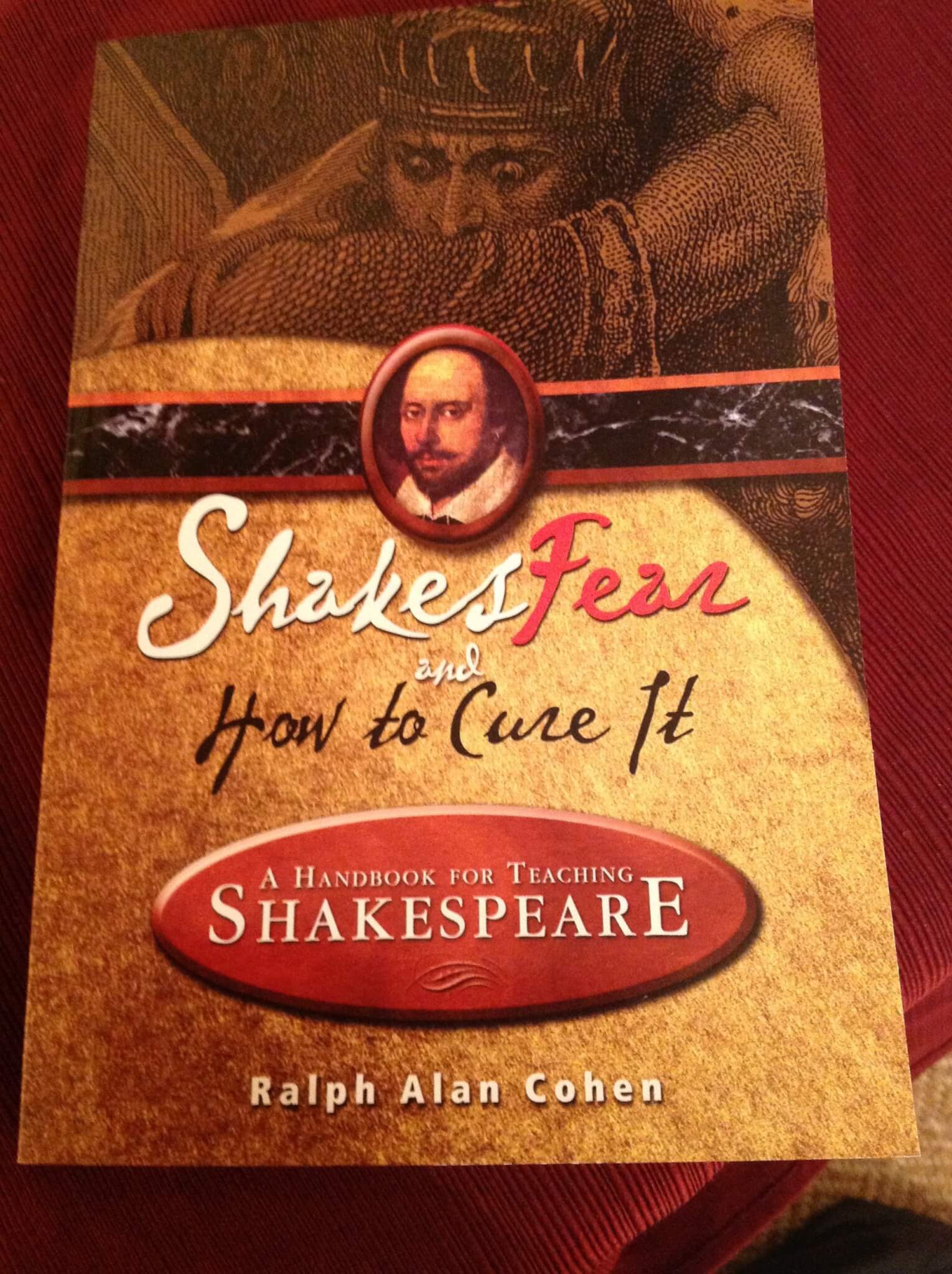 While at James Madison University, he founded the studies abroad program with semesters in London, Paris, Florence, and Salamanca. During his time at James Madison, he was named both the university’s teacher of the year and its scholar of the year. In 1985 James Madison invited him to give its commencement address, and in 1987 the Commonwealth of Virginia’s honored him with its newly established award for outstanding faculty.

At the American Shakespeare Center he has directed four NEH Summer Institutes for university faculty on the subject of using performance to teach Shakespeare. Since 1992 he has given dozens of seminars on that subject for high school teachers of Shakespeare from all over the country.

After the playhouse opened in 2001, he established the Blackfriars Conference, a bi-annual weeklong celebration of early modern drama in performance. In 2008 he won the Commonwealth Governor’s Arts Award.

In 2009 he was the Theo Crosby Fellow at Shakespeare’s Globe in London, where he is on the Architectural Review Group.

In 2013 he received the Folger Shakespeare Library’s Shakespeare Steward Award for outstanding contribution to the innovative teaching of Shakespeare.

In 2014 he was the first American to receive the Globe’s Sam Wanamaker Award for pioneering work in Shakespearean theatre.