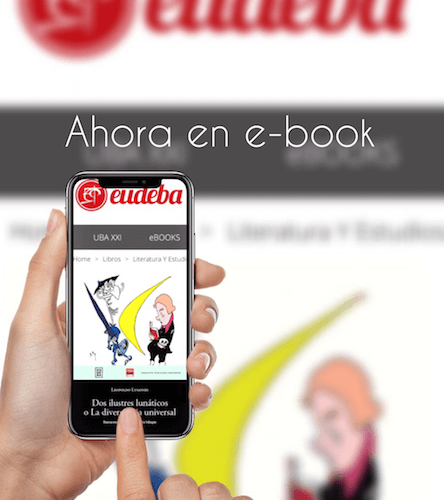 Two Illustrious Lunatics or the Universal Divergence by Leopoldo Lugones, illustrated by Rep was one of the many relevant initiatives of Fundación Shakespeare Argentina (FSA) to honour both William Shakespeare and Miguel de Cervantes Saavedra on the IV Centennial of their death in 2016. The book, an illustrated and bilingual edition, was published within the collaboration of Eudeba and Proteatro.

FSA rescues from oblivion this exquisite short play of the great Argentine poet and writer Leopoldo Lugones which is included in his famous book Lunario Sentimental (Sentimental Lunar Almanac) in 1909.

Since 2018 is the 80th Anniversary of Leopoldo Lugones´s death, it is an extraordinary opportunity to enjoy this fabulous work, which is now available as e-book through the publishing’s house web site (Eudeba) & Google Play!