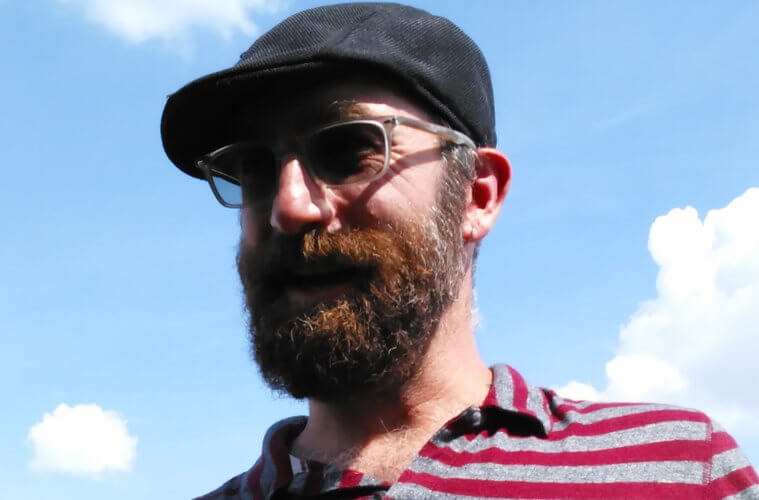 How We Remember: In Praise of the FSA by Seth Michelson

With gratitude we share this beautiful article on our work at FSA by the poet, translator and professor Seth Michelson.

How We Remember: In Praise of the FSA

As we approach the anniversary of the death of William Shakespeare, with whom better to mark that special date than the good people at Fundación Shakespeare Argentina (FSA)?

Here is an organization that courageously endeavored almost seven years ago to create a nourishing and vibrant global forum for discussing Shakespeare through a pointedly Argentine filter. And what more could the great English bard have hoped for than to be read transnationally, translingually, and transculturally some four-hundred years after his death?

That is, thanks to the powerful vision and tireless industry of the President of the FSA, Mercedes de la Torre, Shakespeare is not only present in Argentina, but also thriving, with his impact extending in meaningful ways to an ever increasing and interconnected network of readers.

This is exemplified by the FSA’s recent, gorgeous publication of Dos ilustres lunáticos o La divergencia universal, by Leopoldo Lugones. A stellar choice to celebrate the four-hundredth anniversary of Shakespeare’s death, Dos ilustres lunáticos is a dramatic, imagined dialogue on a train platform in Argentina between Hamlet, from Shakespeare’s The Tragedy of Hamlet, Prince of Denmark, and Alonso Quijano, from Miguel de Cervantes’ Don Quixote. And it is a magnificent choice by the FSA for many reasons.

First, in republishing this book, replete with the innovative addition of original illustrations by no less an artist than Rep, the FSA is both revivifying and augmenting a fabulous text by an Argentine writer of premier literary talent. This not only resuscitates and redeploys his words from 1909 in the twenty-first century, but also imbricates him more thoroughly into the literary genealogies of today’s readers and writers.

Second, Lugones’s text is a localized accounting of the globally renowned protagonists of two of the most influential texts even printed and disseminated, and the ambition of such a text should be no small source of pride for Argentines. For here is an Argentine writer repositioning the lives of internationally cherished icons through his framework for thinking about foundational questions of community at time of raucous national transformation.

In other words the wonderful, serious play in Dos ilustres lunáticos exemplifies the beauty of the Argentine literary tradition writ large in so far as it voraciously and brilliantly engages masterworks of global literary antecedents in order to create something vital, hybrid, consequential, daring, and local.

In that light, we might see the FSA’s work in reprinting Dos ilustres lunáticos as emblematic of Jorge Luis Borges’s claim in his renowned essay “The Argentine Writer and Tradition” that for the Argentine writer, “our patrimony is the universe; we should essay all themes, and we cannot limit ourselves to purely Argentine subjects in order to be Argentine…I believe that if we surrender ourselves to that voluntary dream which is artistic creation, we shall be Argentine.” And this is precisely what Lugones has done by invoking Shakespeare and Cervantes in Dos ilustres lunáticos, as well as what the FSA has done by rendering Lugones’s work available to the contemporary public for contemplation.

Moreover, such profound existential engagement transcends geography due to the FSA’s generous decision to publish the book in a fully bilingual Spanish-English edition. The Spanish is of course exquisite with Lugones’s characteristically intricate and inventive use of the layered meanings of language. Concomitantly, the force of the accompanying text in English is due to its deft translation by the accomplished poet and translator Eugenio Polisky. In his dexterous hands the play comes briskly alive in a rich and nuanced English.

Consequently, the FSA’s book grows the audience of Lugones’s remarkable, syncretic Argentine book to include Anglophone readers, returning Shakespeare to them in English by way of the Río de la Plata through Lugones’s inflections, not to mention Polisky’s. Furthermore, the text simultaneously intensifies their exposure to Cervantes, entwining him with his English counterpart in ways that offer limitless possibilities for thinking of their entanglement.

As a result, the FSA’s edition of Dos ilustres lunáticos is all the more apt as a celebration of the anniversary the death of Shakespeare, who coincidentally died on the same day as Cervantes, 23 April 1616. So again, I ask you, dear reader, with whom better to celebrate the coming anniversary of the great English bard than the FSA?

To join in the continued celebration, please consider supporting the FSA by buying a copy of Dos ilustres lunáticos and reading it aloud with friends over your favorite drinks. After toasting Shakespeare, Cervantes, Lugones, Polisky, and the FSA, you’ll be ready to begin your spirited reading, and your good cheer will only intensify as your reading ensues. For, together in this act, you will delight in hearing the text resound in living voices. It affords deep and wondrous pleasures to the ear and mind alike, and in both Spanish and English. Thusly enraptured, drunk on poetic language and time travel, you’ll be plunged again and again throughout the play into new ways of looking inward and outward at the many ways that Shakespeare to this day can ravish our lives with beauty and joy.

Seth Michelson is an award-winning poet, translator, and professor. He currently resides in Lexington, Virginia, where he teaches at Washington and Lee University.