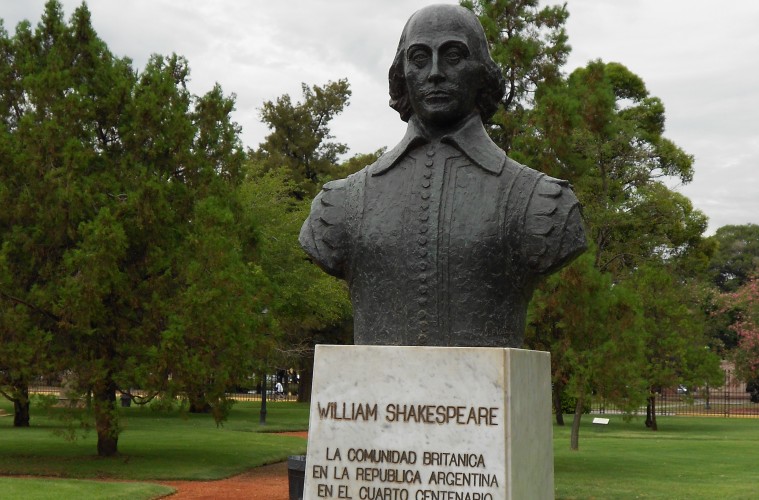 Homage to Shakespeare at Rosedal de Palermo in Buenos Aires

Fundación Shakespeare Argentina (FSA) together with Argentine-British Community Council (ABCC) celebrated Shakespeare 400 Anniversary of his legacy. The event on April 23 (noon) was postponed due to weather conditions and was re-scheduled on November 4th 2016.

An excerpt of the News on the Newspaper La Prensa

“The British Community in Argentina donated a bust of William Shakespeare, created by the sculptor José Fioravanti, placed at Rosedal in Palermo. Yesterday, at 11 a.m., the inauguration ceremony was held there in the presence of the British Ambassador, Sir Michael Creswell, the Indian Ambassador, Mr. I.D. Chopra, the Secretary for Culture and Social Affairs of the City, Dr. Juan Schettini, Mr. President of the British Community Association in Argentina, Mr. G.B. Chantrill and the representative of the British Council in London, Dr. D Mackay.
Also present were the writer Victoria Ocampo, Mrs. Delia Garcés, Mr. Alberto de Zavalía, the sculptor José Fioravanti, members of the British diplomatic mission, city council representatives and special guests.
Delegations of students from St. Andrew’s school, Belgrano Day School, Barker College and the Michael Ham and Northlands Schools formed a guard of honour around the bust of Shakespeare.”

See more at Argentina / History Section / of our Website. 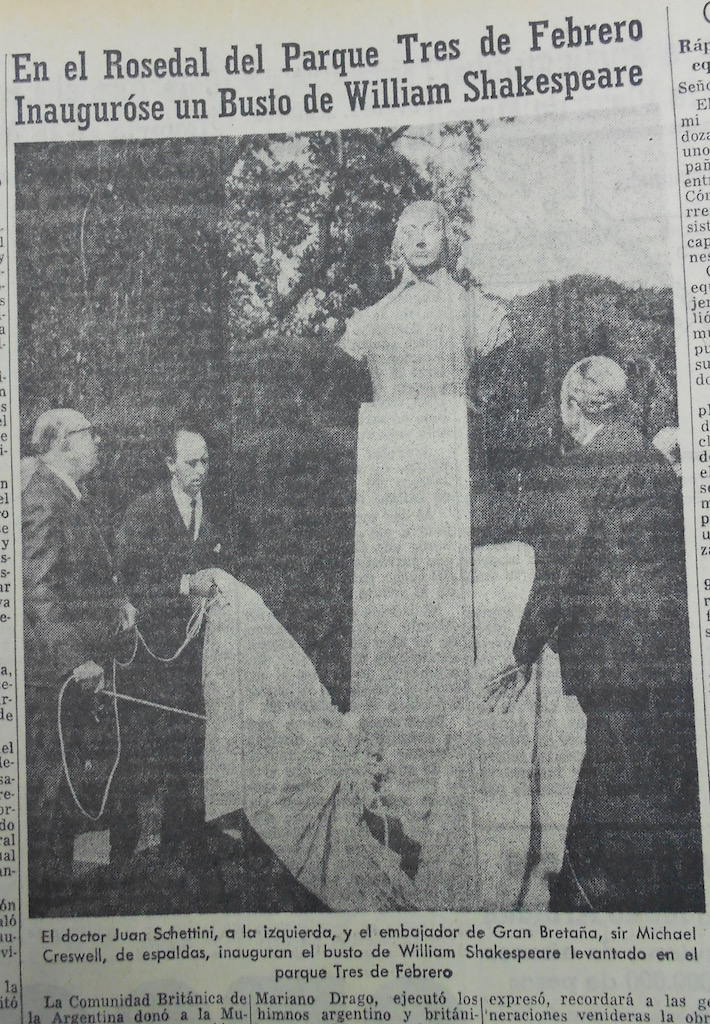