In order to share in this historic celebration of the 400th anniversary of Shakespeare, Helena von Nagy, a current intern from the US at the Fundación Shakespeare Argentina, wrote a bilingual entry on her blog, Global Shakespeare, about the transformation of her favorite Shakespeare play, The Taming of the Shrew, when it is translated.

A university student studying both Theatre and International Relations, Helena has long been interested in the global Shakespeare movement. She began working with Spanish versions of Shakespeare in her last year of high school when her drama department put on a production of Taming of the Shrew set in Cuba and asked her to add Spanish dialogue for some of the characters. Then, during her first two years in college, she began to focus on the politics of Shakespeare and the adaptation of Shakespeare’s plays in different countries, which lead her to seek an internship with the FSA.

Photos of the production: 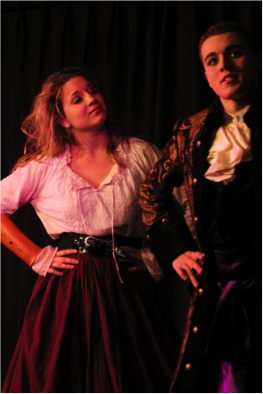 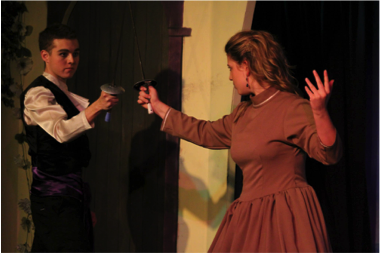 Thank you Helena for sharing your Homage!